From the outside peering in, Cantina 109 might seem to be your average Mexican restaurant. But once you step inside, you’ll be transported to a new state of mind. Colorful lights, starry decorations, impressive cases of tequila, and warm and attentive staff greet guests, bringing waves of both relaxation and anticipation.

Cantina 109 strives to differentiate itself from other Mexican restaurants by offering individualized service and a uniquely local atmosphere.

“Good food and drinks are just a byproduct of what we do. The experience is the true product,” says General Manager Michael Kemna, who began bussing tables and bartending at the establishment about six years ago when it was known as Salado Pedro.

In 2016, David Andreas, a skilled businessman with a passion for inspiring authentic experiences, bought out the restaurant and transformed it into something unparalleled — a contemporary, locally-owned eatery offering a variety of “Tex-Mex” made with only the freshest ingredients, unbeatable customer service and 109 tequilas (hence, the name!). This trifecta has proved a winning combination as the establishment has received recognitions such as “No. 1 Mexican restaurant in Southwest Florida” and reviews in the top 10 percent on TripAdvisor. 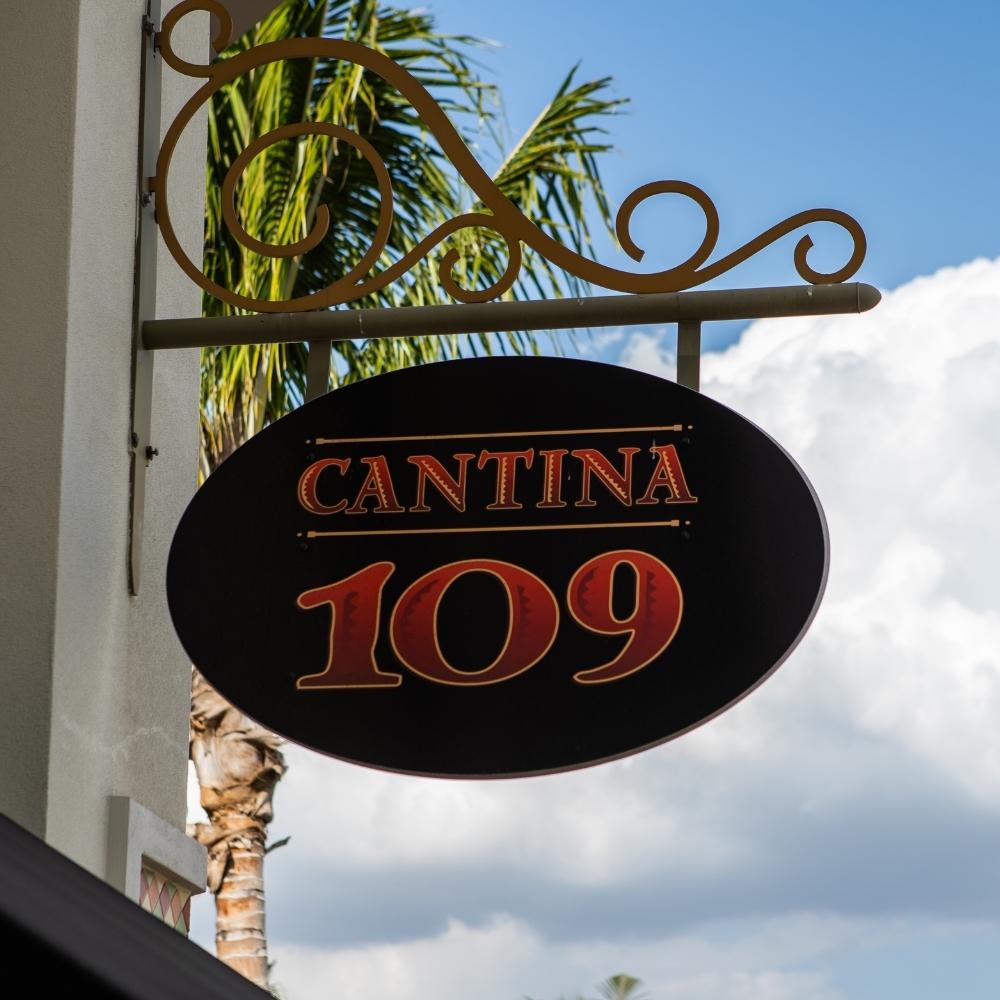 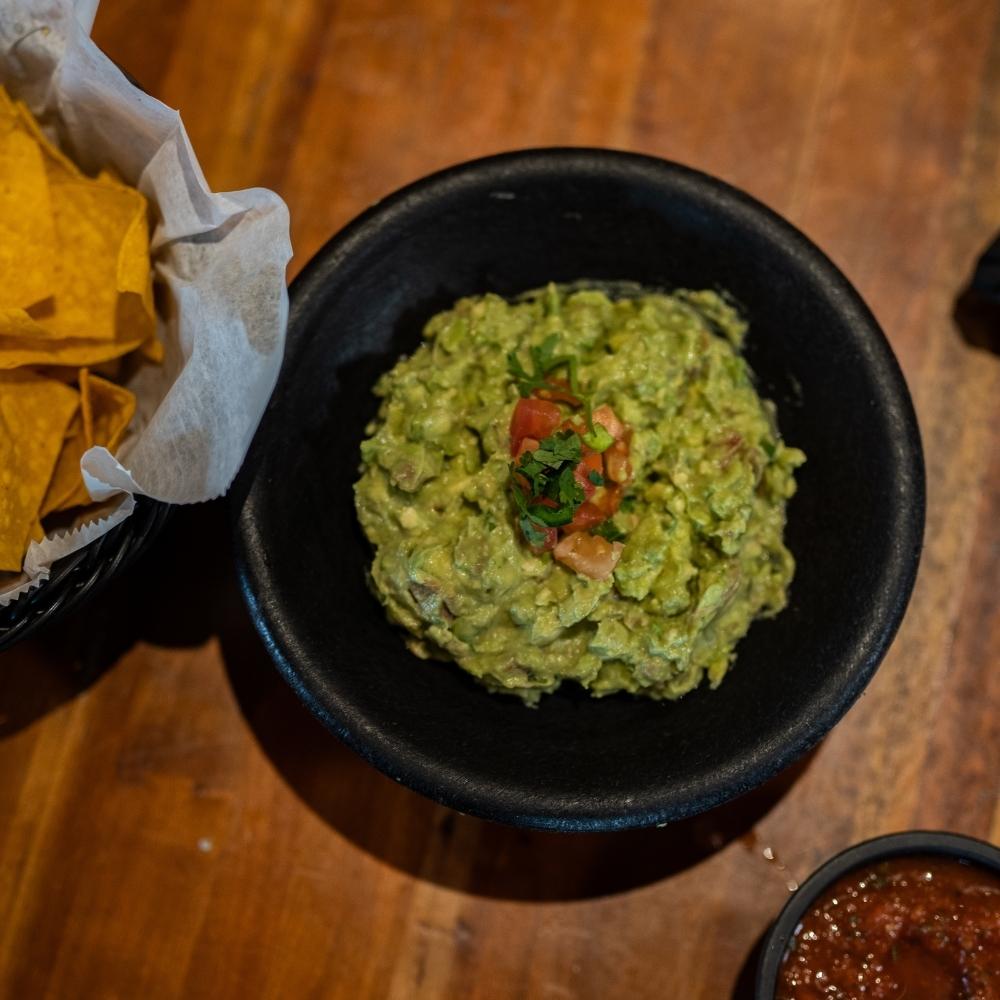 While traditional Mexican cuisine can be too spicy for some, the menu at Cantina 109 includes a wide assortment of dishes that are made fresh in-house and are designed to please any palate. With Tex Mex classics like fajitas, tangy, authentic plates like chile rellenos, and even gulten-free options, the restaurant has something for everyone.

To ensure Cantina 109 delivers flavors that keep customers coming back, management follows a strict process for selecting only the highest quality ingredients. The restaurant procures ingredients from several well-respected suppliers and doesn’t hesitate to send items back if they aren’t up to par.

The magic behind the tastes and aromas at the eatery stem from the talent of Head Chef Miguel Rodriguez, an experienced cook from Costa Rica who works diligently to make sure every customer leaves satisfied.

“Miguel is the most passionate and caring chef I’ve ever seen,” says Kemna. “He looks at every plate like he’s personally responsible for it.”

This sincere care is the real key to the restaurant’s success and is echoed by the staff. Many employees are students at Florida Gulf Coast University, and they seem more than willing to go the extra mile to make guests happy.

The beauty of Cantina 109 lies in small, but personal touches. Staff members are interested in giving diners an experience that is truly unique. Each employee is trained on the many tequilas the bar offers, and they love making recommendations. Instead of simply flipping tables, servers take time to make genuine connections and learn the orders of regular customers.

For a more personalized experience, customers are invited to host a private party at the venue or sign up for tequila tastings, where guests can expect to have a fun time tasting a series of top-shelf tequilas while gaining knowledge on the history of tequila and how it is manufactured.

Whether you are looking for a delicious and carefree dinner with family, a date night, an enjoyable evening out with friends, or the perfect spot to host a big fiesta, Cantina 109 is the place to be. 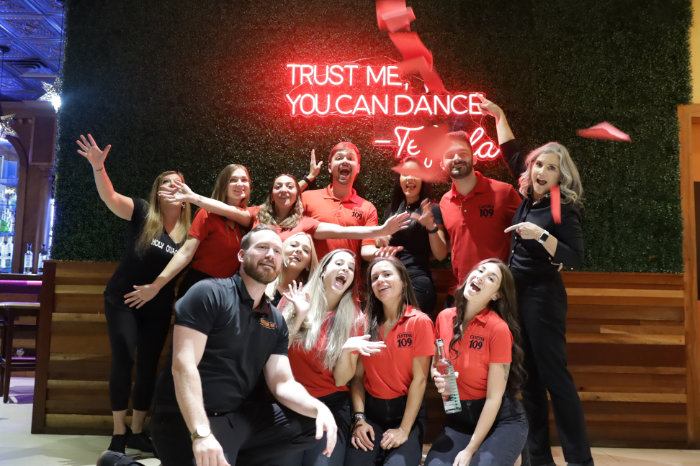